In the next model (M2), we will add a number of possible confounding variables to the regression: sex, parents’ education and family social class. First we will add sex, where 0=Male and 1=Female. As mentioned previously, this type of binary variable is also known as a dummy variable. In our regression analysis, the reference group is ‘male’. We are also going to include a few family background factors in the model: whether the cohort’s mother (n016nmed) and father (n716dade) left school at the minimum age or not, and the social class of the study participant’s father (n1171_2). Social class n1171_2 has 5 categories: ‘I/II Prof & Managerial’, ‘III Skilled non-manual’, ‘III Skilled manual’, ‘IV Partly skilled’ and ‘V unskilled’. In Stata we can use the prefix of ‘i.’ in the variable name i.n1171_2 which will automatically create dummy variable(s). The first category ‘I/II Prof & Managerial’ will be treated as the reference category for that variable. 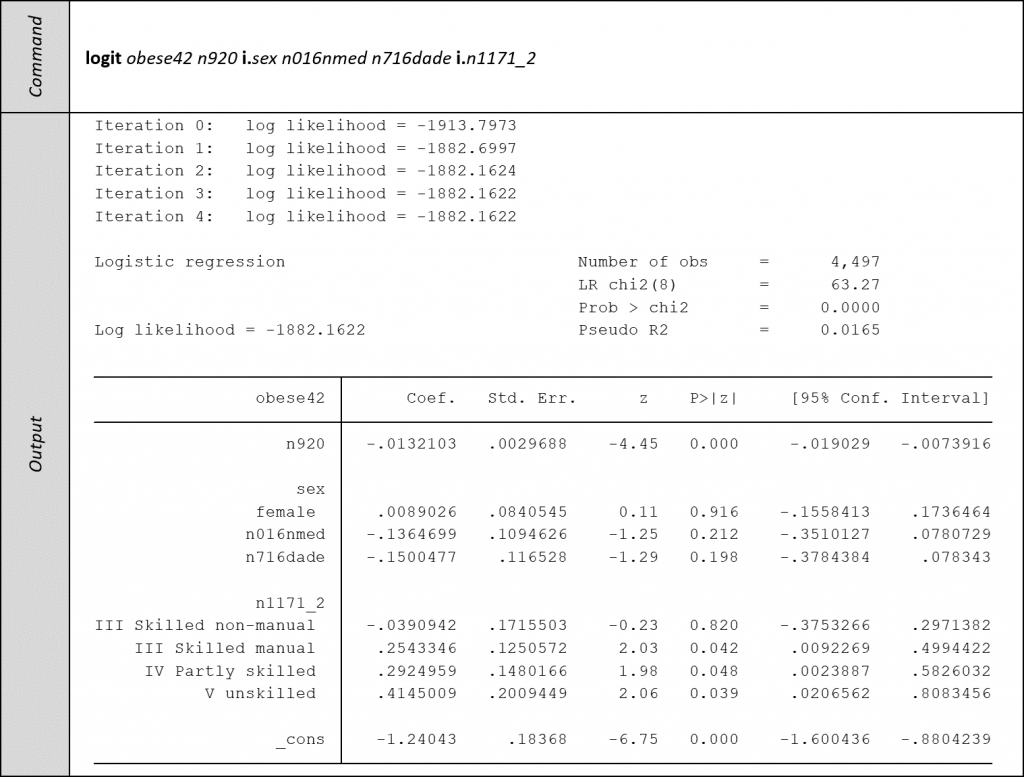 ‘General ability’ is still significant after controlling for the other predictor variables. For every 1 unit decrease in general ability, the log odds of being obese (compared to not being obese) increases by 0.013. In addition, if the participant’s father was in the manual or unskilled social classes, by age 42 the participant was more likely to be obese, compared to participants whose fathers were professional or managerial. In this model, the coefficients for sex and mother’s and father’s education were not significant, that is to say, we have not found that the log odds of being obese or not obese at age 42 differ between men and women, or according to parental educational level.

For our final model (M3), we will also add bmi11, the BMI of the participants when they were aged 11. Doing so means that we will be adjusting for participant’s baseline BMI, and that will allow us to focus on the subsequent change in BMI from age 11 to age 42, and therefore to measure both BMI and general ability over a comparable period, from childhood to middle age. 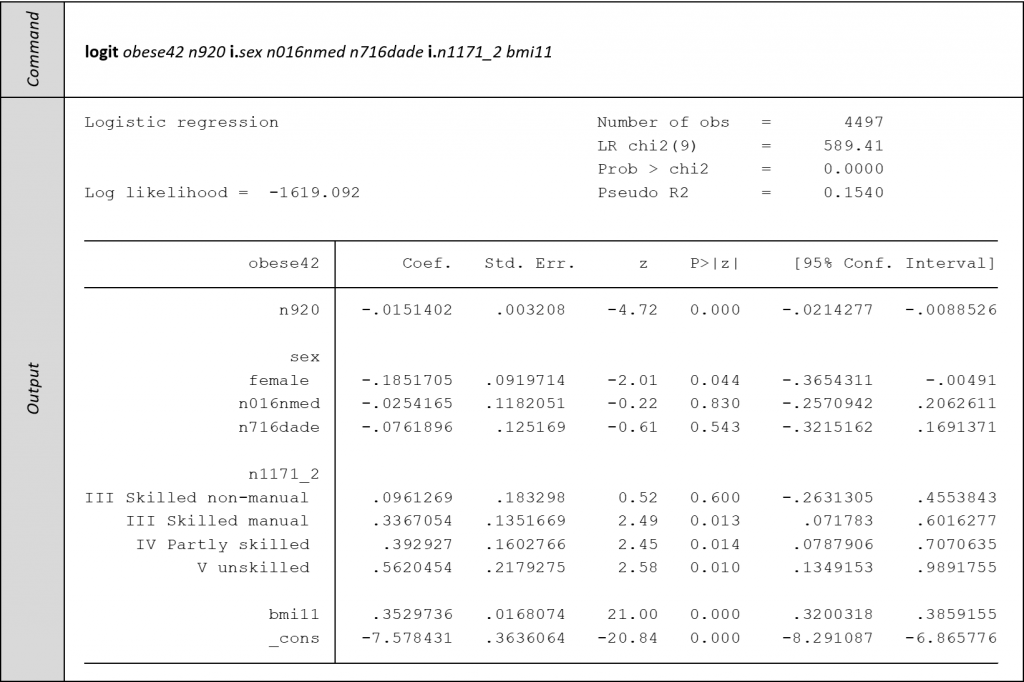 The results above show that for a 1 unit increase in BMI at age 11, the log odds of being obese at age 42 increases by 0.353. After controlling for BMI at age 11 and all the other predictors, being female compared to male decreases the log odds of obesity by 0.185. In addition, having a father in the lower social classes compared to one with a professional/managerial occupation increases the odds of obesity at age 42.