Why are UK unemployment rates higher for ethnic minorities than the white British majority? Longitudinal research can provide unique insights into transitions into and out of employment throughout the lifecourse.

Research suggests the main determinant of ethnic unemployment differentials is the longer duration of unemployment experienced by ethnic minorities.

This study uses data from the UK Household Longitudinal Study (Understanding Society) to analyse ethnic differences in unemployment from a longitudinal perspective. In particular, the research focuses on which individual and job characteristics contribute to job loss, which contribute to job finding, and to what extent ethnic differences can be explained by such characteristics. The aim is to understand better how transitions into and out of unemployment contribute to the relatively high level of unemployment amongst ethnic minorities and how this compares to the White majority.

Following 40,000 UK households from across the UK.

Transitions into and out of paid employment are derived from employment status as recorded in the UKHLS. A dummy variable is coded as ‘0’ if an individual is in the same job at both points in time, and ‘1’ if they move from a paid job to unemployment. Length of unemployment periods are recorded in days and the continuous time variable is used to obtain hazard rates for experiencing exit from unemployment.

For both men and women no relevant ethnic differences are found in the probability to transition from a paid job into unemployment. Where differences do exist, they are small and often in favour of ethnic minorities.

The main determinant of ethnic unemployment differentials seems to be the longer duration of unemployment for ethnic minorities, which remains largely unexplained after the inclusion of individual and household characteristics.

If employers discriminate against minorities because of lack of information on the quality of the job applicant we would indeed expect to observe a longer duration of unemployment for ethnic minorities but a similar probability of job loss since once the minority worker is hired their actual productivity is revealed.

The analysis presented here represents a key example of how longitudinal data can be used to examine possible determinants of ethnic unemployment by looking at transitions, rather than analysing employment status at a certain point in time.

However, there are challenges to employing a transitions-based approach. The author makes decisions about which participants to include in the analysis – those entering or exiting to/from self-employment are completely excluded; those who lose a job yet re-enter the sample in subsequent waves by again finding employment, are similarly excluded. The focus of the analysis is primarily on the transitions between paid employment and unemployment, with much less attention given over to alternative transitions (e.g. from unemployment to inactivity).

In addition, the categories for ethnicity employed by the study are limited to the five largest minority groups in the UK – Indians, Pakistanis, Bangladeshis, black Caribbeans and black Africans. This excludes large numbers of people who do not identify as one of these ethnic groups (in particular, the increasingly significant ‘mixed’ and ‘other White’ groups). Limited to the ethnicities covered by the UKHLS ethnic boost sample, the analysis used these categories only. The use of ethnic ‘categories’ has also been the subject of much debate owing to the fact that they can be seen as prescriptive and are reliant on a self-reported sense of ethnic identity (see Carter & Fenton, 2009; Finney, & Simpson, 2008). It has be argued that there is a conflation of ethnicity and nationality and the heterogeneity that may exist within a category such as ‘Indian’ is completely disregarded.

Understanding why ethnic unemployment differentials exist is the first step towards developing effective policy measures for reducing inequality in the labour market. Whilst it is possible that these differences may be due to occupational segregation (with minorities concentrated in lower-quality, more precarious sectors), this may have less of an impact compared to minorities’ lower probability of being able to find a job. Whereas the former may be alleviated through active promotion of occupational mobility, the latter proposition is consistent with a more deep-seated ethnic discrimination on the part of employers. Children from some ethnic minority groups are most likely to aspire to university and aim for well-paid jobs, a new study has found. 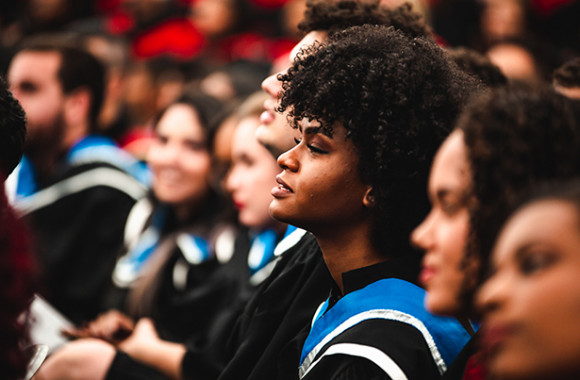 When comparing second generation British ethnic minorities to the first generation, social scientists say they have “enjoyed some small, but significant degrees of social progress.”