The rise of the obesity epidemic

The rise of the obesity epidemic

Obesity presents a daunting public health challenge. Longitudinal research has helped pinpoint when the obesity epidemic in the UK emerged, and how weight gain over the life course has changed for different generations.

Children born since 1990 are up to three times more likely than older generations to be overweight or obese by age 10.

Researchers from CLOSER analysed information on the height, weight and body mass index (BMI) of 56,632 people born in the UK from 1946 to 2001, who are being followed by the British birth cohort studies.

Children born since 1990 are up to three times more likely than older generations to be overweight or obese by age 10. This research is the first to track weight gain across multiple generations through much of their lives – from age 2 to 64 for the oldest participants.

Following 5,000 people born in England, Scotland and Wales in a single week of March 1946

Following 17,000 people born across England, Scotland and Wales in a single week of March 1958

Following 17,000 people born across England, Scotland and Wales in a single week of April 1970

BMI was determined from the measures of participants’ height (in centimetres) and weight (in kilograms). This is called a derived variable.

The researchers used the Lambda-Mu-Sigma method to summarise the distribution of BMI at each age by sex, study, and life stage (childhood [age 2-18] and adulthood [age 20-64]). For more explanation of this method, access the paper.

To ensure that the samples from different studies were comparable, the researchers had to exclude groups that are known to have particularly different BMIs. As a result, the researchers made the decision to exclude: immigrants who were added to some studies at later waves, ethnic minority groups (non-white), twins and triplets, and any participants who died in early childhood.

The researchers then classified the participants as thin, normal weight, overweight or obese. For childhood, the weight classifications were defined according to the International Obesity Task Force cut-offs. In adulthood, the standard cut-offs used were 18.5 (thin), 25 (overweight) and 30 (obese).

Weight gain over the life course

Next, the researchers conducted a series of statistical analyses, looking at how the risk of being overweight/obese changed as participants aged. These analyses were performed using a technique known as multilevel logistic regression, and the analyses were performed separately for each sex and study to help account for possible differences between these groups.

While childhood obesity is more prevalent among more recent generations, the majority of today’s children are still a normal weight.

Since 1946, every generation has been heavier than the previous one – and it is the most overweight people who are becoming even heavier. The heaviest 2 per cent of people born in 1946 had a BMI of around 20 by the age of 11, compared to 27 for the most obese children born at the turn of the century.

Advantages and challenges of using longitudinal data to study obesity

Cross-sectional surveys can estimate the scale of the obesity problem at a population level, but only longitudinal data can show how obesity develops over the life course, including the ages at which there is an increase in risk. The UK has an added advantage: its portfolio of longitudinal studies dates all the way back to 1946, allowing researchers to track the rise of the obesity epidemic across generations. No other analysis has been able to use such extensive data covering such a wide range of ages and birth years.

This example demonstrates some of the challenges researchers face when working with multiple longitudinal studies at once. Over 70 years, it is understandable that the methods for measuring and recording height and weight will have changed. Researchers must take this into consideration, and find ways to ‘harmonise’ the data to make them more comparable over time and across studies.

Another challenge is that BMI as a measure has been criticised by some for not distinguishing between fat mass and lean mass. Some longitudinal studies have included separate measures of fat and lean mass, and waist circumference, to allow for more nuanced research into body size.

This example also demonstrates the challenges of using self-reported vs objective measures of health. In some cases, particularly in the older studies, participants will have reported their weight themselves, rather than being physically measured by an interviewer. People with higher BMIs are known to under-report their weight, so it is likely that the findings are a conservative estimate of the prevalence of overweight and obesity in the UK.

The more of their lives people spend overweight or obese, the greater their risk of developing chronic health conditions such as coronary heart disease, type 2 diabetes, high blood pressure and arthritis. As a result, the obesity ‘epidemic’ is projected to cost the UK’s National Health Service £22.9 billion per year by 2050.

While other research has shown that losing weight at any point in adulthood can help reduce the risk of becoming obese, this study indicates that the UK needs to target its public health interventions at increasingly young ages to stem the spread of the obesity epidemic.

The findings also suggest that the rise of the epidemic is linked to the rise in the ‘obesogenic environment’, the term used to describe changes in the behavioural, sociocultural, and economic landscape that encourage weight gain. For example, since the 1980s, fast foods and ready meals have become more widely available, and people are more reliant on cars and are walking less as a result. 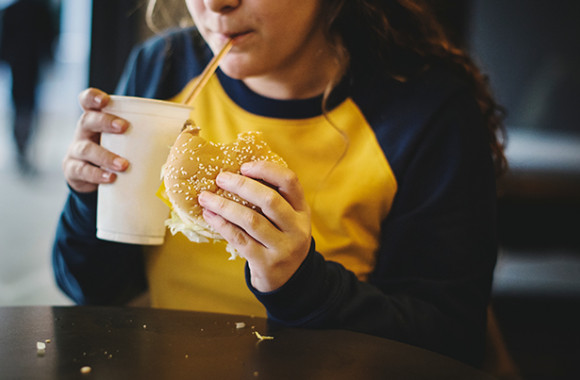 Children born since 1990 are up to three times more likely than older generations to be overweight or obese by age 10, according to a new study. 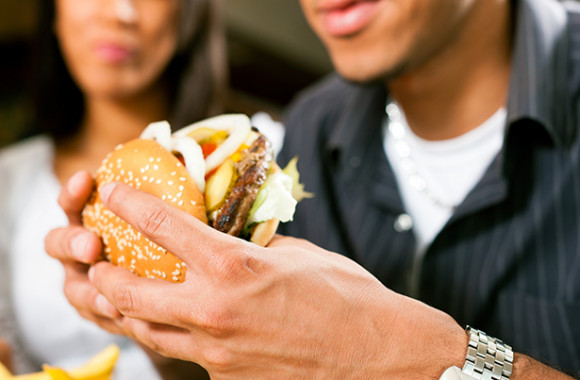 Longitudinal studies have enabled researchers to track the evolution of the obesity epidemic and understand more about the predictors and prevalence of obesity both in childhood and adult life.