Research case studies|What are the effects of social media use on adolescent well-being?

What are the effects of social media use on adolescent well-being?

What are the effects of social media use on adolescent well-being?

High levels of social media use in early adolescence were shown to have implications for well-being in later adolescence, particularly for girls.

Researchers from the University of Essex’s Institute for Social and Economic Research, in collaboration with UCL’s Department of Epidemiology and Public Health, analysed five waves of data from the UK Household Longitudinal Study (Understanding Society) to assess how frequency of social media use among 10 to 15 year olds affected their mental well-being.

The research wanted to see whether there was a link between changes in social media interaction over time and adolescents’ happiness and well-being. In particular, the aim was to see whether there were any differences between boys and girls (controlling for ethnicity, parental education and parents’ marital status).

Prior research has shown that screen-based media interaction increases as young people get older, whilst well-being levels decrease throughout adolescence and these changes differ by gender. However, whilst previous studies have controlled for age and gender, they have not focused on how associations with well-being change over time or differ between girls and boys.

Following 40,000 UK households from across the UK. In this study, researchers included data from five waves of the youth questionnaire, comprising those aged 10 to 15 years.

Each participant’s engagement with social media was established through two questions asking: (i) “Do you belong to a social website such as Bebo, Facebook or MySpace?” and (ii) “How many hours do you spend chatting or interacting with friends through a social website like that on a normal school day?”

Two measures of well-being were derived from items in the survey questionnaire. Happiness scores were derived from respondents’ total score on six questions relating to different domains of their life (friends, family, appearance, school, schoolwork and life as a whole). Average happiness score was 35.03 (out of 42) for girls and 35.27 for boys.

The findings of the analysis confirm that social media usage increases with age for both boys and girls, with girls’ usage exceeding that of boys throughout adolescence.

The models also indicated that adolescents with high levels of social media use at age 10 have slower rates of change in usage as they move through adolescence, relative to those with lower levels of social media use. Those reporting greater well-being at age 10 will, similarly, experience smaller changes in happiness and socio-economic difficulties as they get older, compared to those reporting lower levels of well-being.

For girls, increased interaction with social media was, furthermore, associated with greater increases in socio-emotional difficulties with age, whilst no such association was seen for boys.

Results from this study show that, while socio-emotional difficulties decreased with age for boys, they increased for girls. Worse well-being was associated with greater social media interaction at age 10 and the changes over time were also associated for girls. Of most importance, greater interaction on social media at age 10 was associated with worsening socio-emotional difficulties with age among girls.

This is one of the first studies to show such apparent differences between social media interaction and well-being between boys and girls.

The paper uses a nationally-representative sample of young people and the longitudinal nature of the study allows for the statistical modelling of changes in patterns of behaviour and well-being over time. In particular, it can reveal specific changes during the important developmental life stage of adolescence and during a time of increasing social media usage within the population as a whole and, particularly, amongst young people.

Nonetheless, there are considerable methodological and logistical challenges associated with this type of research. Primary amongst these is the use of panel data, which does not allow for the modelling of individual change over time but relies instead on change by age averaged across individuals. The variables used to measure social media interactions focus only on active ‘chatting with friends’ and, therefore, does not include other forms of active or passive social media use. Moreover, they refer to patterns of use ‘on a normal school day’ and so do not take into account young people’s social media use at weekends or during holidays, which is likely to be higher.

Adolescents are increasingly engaged in social media and the long-term effects on well-being are not fully known. The findings of this study indicate that there is a significant association between social media use and mental well-being for adolescent girls, whilst for boys other factors are likely to be more influential in contributing to the reduction in well-being during adolescence. In particular, boys may interact more through gaming platforms, which, although acknowledged in the paper, is not captured by the analysis presented here.

It must be borne in mind, however, that the data refers to social media usage from 2009 to 2015, which is likely to have changed in the years since, given the rapid advances in technology and young people’s shifting interaction with changing platforms.

Nonetheless, this study contributes to the evidence on the impact of social media and screen-use on young people’s health. Whilst this is a key priority for policy making in public health, debates are on-going as to the appropriate direction for regulation or intervention in this area. Longitudinal evidence provides an important opportunity to better understand potential causal links between social media use and mental well-being in adolescence. 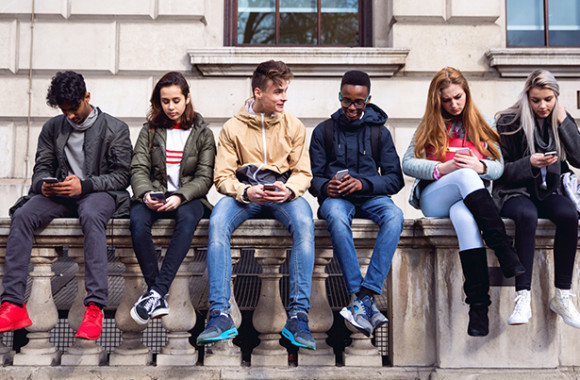 Social media and screen-time: To ban or not to ban; that’s probably not the question.

CLOSER Public Affairs Manager, Rob Davies summarises the Science & Technology Committee’s report on their inquiry into the impact of social media use and screen-time on children’s health. 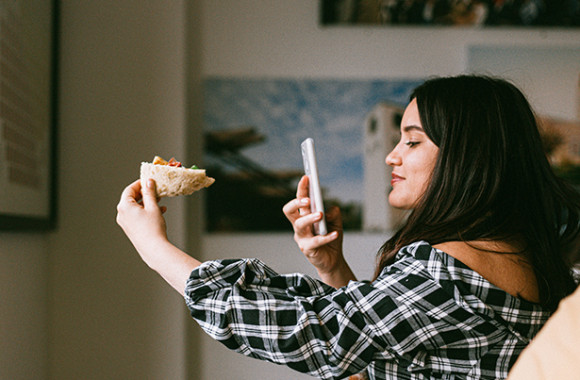 Young people & social media: one hour per day is enough

Data from Understanding Society has been used to highlight the impacts of social media and video gaming on young people's mental health.