Testing the influence of a categorical variable

The above results suggest that there are differences in the association of family background (education and social class) with obesity and being overweight compared to normal/healthy BMI. We can test these formally, by examining the overall effect of mother’s education using the ‘test’ command.

We can also test the overall influence of fathers social class using the ‘test’ command. 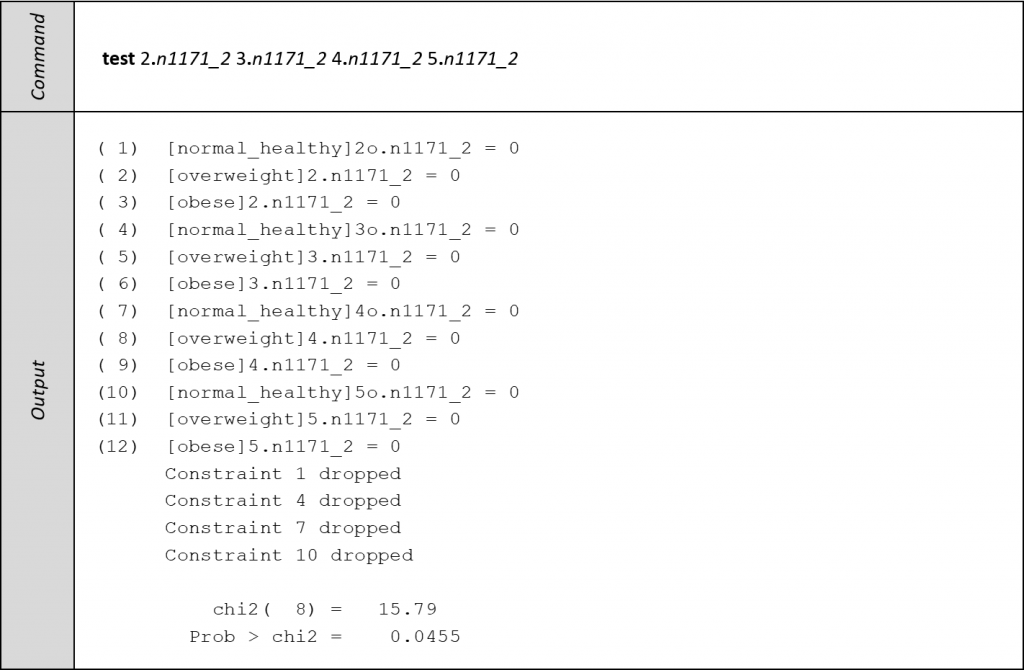 Here we see the overall influence of father’s social class on BMI category is statistically significant (chi-square = 15.79, pless than 0.05). (N.B. the commands numbered (1),(4),(7) and (10) in the above output are constrained as they are the baseline reference category, i.e. normal/healthy weight). 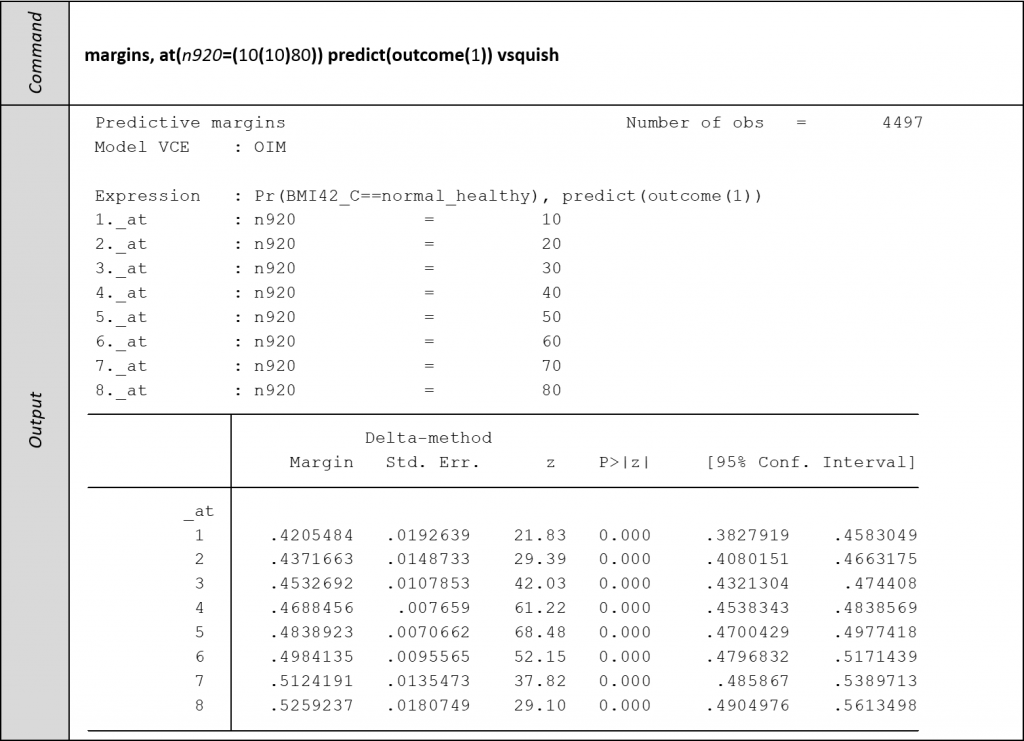 We can use the ‘marginsplot’ command to create a graph of the predicted probabilities and their confidence intervals for each of the BMI categories. We can also combine those graphs using the command ‘graph combine’. This last command has the option ‘ycommon’ which we will use to ensure the combined graphs have the same y axis. 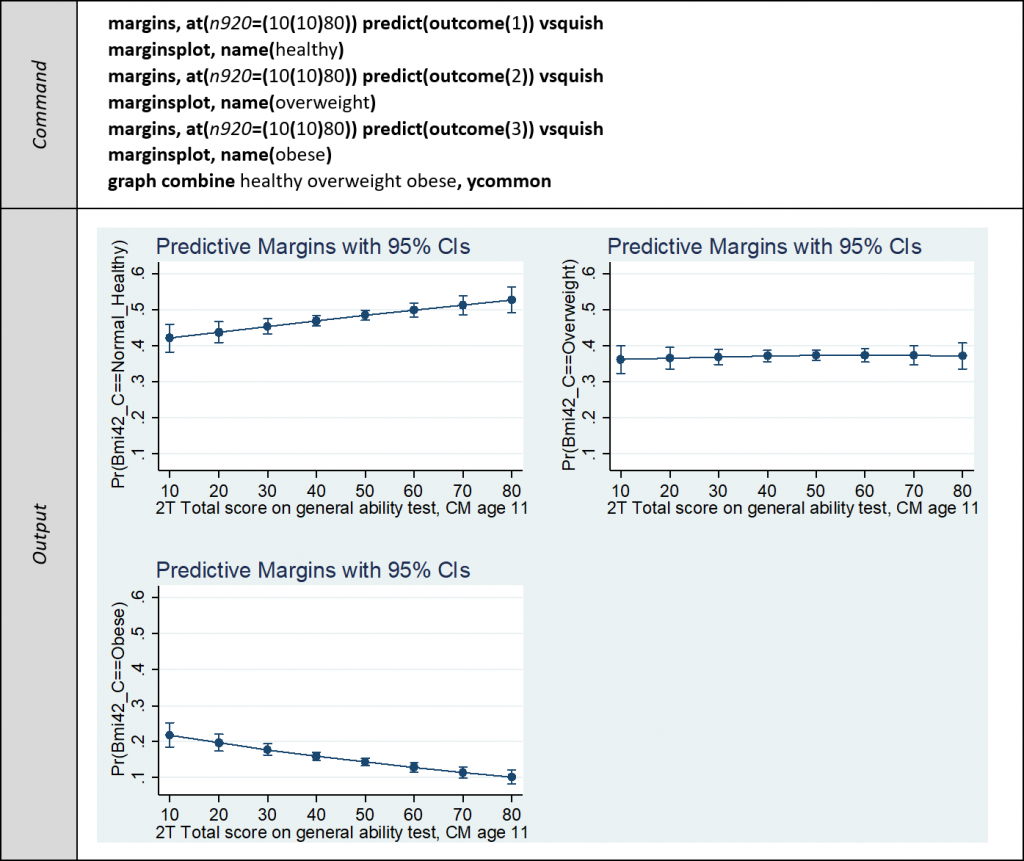 The predicted probability of a normal weight (top left graph), overweight (top right graph) or obesity (bottom left graph) at age 42 is on the Y axis and the ‘general ability’ test score at age 11 is on the X axis. The fitted line increases from left to right, is flat and decreases from left to right for normal weight, overweight and obesity respectively as general ability scores increase.

Back Updating the regression model Next Regression diagnostics