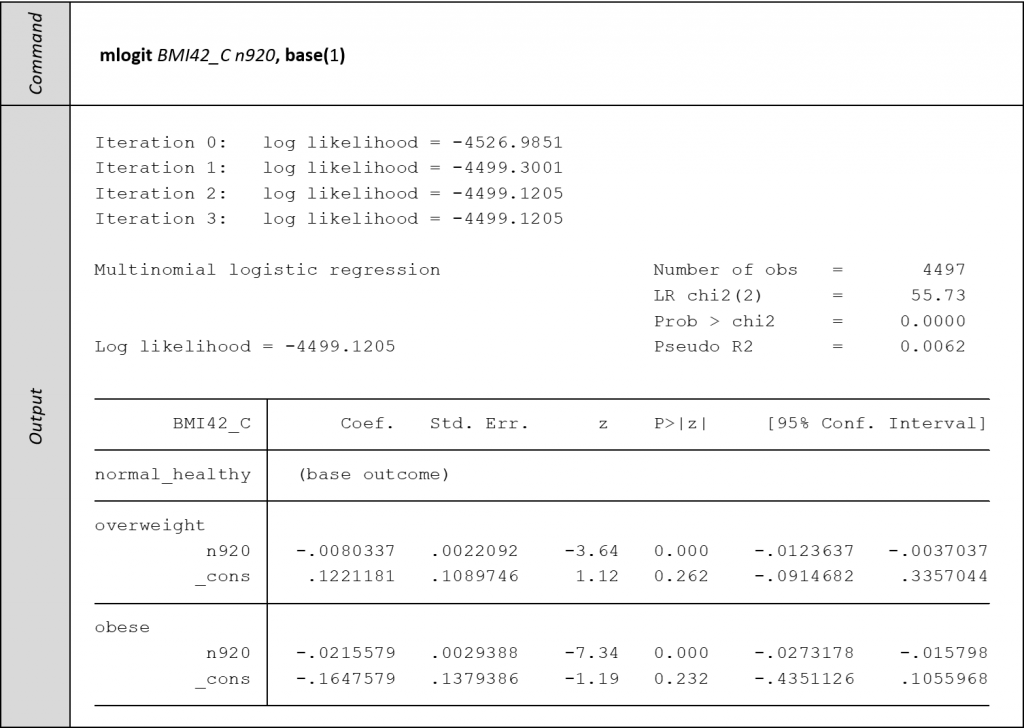 The iterations 0 through 3 listed in the top left-hand corner of the output above are the log likelihoods at each iteration of the maximum likelihood estimation. Iteration 0 is the log likelihood of the model with no predictors. When the difference between successive iterations is very small, the model has ‘converged’. The final iteration is the log likelihood of the fitted model. The log likelihood of the fitted model is -4499.12. The number itself does not have much meaning, but is used to make comparisons across the models and to identify if the reduced model fits significantly better than the full model. The overall model is statistically significant (chi-square = 55.73, p=<.001), which means the model including ‘general ability at age 11’ fits the data statistically significantly better than the model without it, i.e. a model with no predictors. The ‘pseudo R-squared’ value (Pseudo R2) gives a very general idea of the proportion of variance accounted for by the model, but it is just an approximation and not very reliable which is why we call it ‘pseudo’.