Is bullying just a part of growing up? Researchers have used longitudinal data to track the effects of childhood bullying well into adult life.

Being bullied as a child is associated with a range of negative social, physical and mental health outcomes later in life, including depression, unemployment and lower life satisfaction.

Researchers from the Institute of Psychiatry at King’s College London analysed information on 7,771 people born across England, Scotland and Wales in 1958, who are being followed as part of the National Child Development Study.

Just over a quarter of the participants had been bullied occasionally at ages 7 and 11, and 15 per cent were bullied frequently – similar to rates in the UK today. The researchers then looked at a range of factors in adulthood, and found that the negative effects of bullying can be as damaging as other forms of childhood adversity, such as being put in care.

This study was funded by the British Academy and the Royal Society.

When the participants were aged 7 and 11, their parents were asked if their child was bullied by other children never, sometimes, or frequently.

Outcomes of interest in adulthood

The researchers used ordinal logistic regression analyses to test associations between childhood bullying and adult outcomes, and to compare the effects of bullying to those of other childhood adversities. The adult outcomes they considered were:

• psychological distress (measured by the Malaise Inventory)
• depression and anxiety disorders (measured by the Revised Clinical Interview Schedule )
• suicidal thoughts or plans
• alcohol dependence (as measured by the World Health Organisation’s AUDIT)
• general adult health
• cognitive function
• highest educational qualifications
• partnership status
• employment status
• net pay
• how often they saw friends
• whether they felt they had friends, family or other social support they could call on if they were in need
• wellbeing and life satisfaction.

To separate the effect of bullying from other adversities, all the analyses controlled for childhood factors that may have been related to childhood and adult outcomes. These included:

• emotional and conduct problems at ages 7 and 11 (measured by the Bristol Social Adjustment Guides)
• childhood social class (determined by father’s occupation when the child was age 7)
• whether the person had experienced a range of childhood adversities, such as poverty, family conflict, drug and alcohol problems, abuse, low parental involvement, or whether the child has ever been in care by age 11.

The researchers only included participants in their analysis if there was complete information on their experiences of bullying at ages 7 and 11, and on their psychological distress at ages 23 and 50. They used STATA software to conduct their analyses.

The findings showed a scarring effect of childhood bullying 40 years later. The impact of bullying was pervasive, touching all areas of adult life. The effect of bullying on adversity in adulthood were similar to the effect of being in care, or facing multiple family adversities.

The effects of childhood bullying on adults’ mental health remained even after taking into consideration related factors such as family social class, parenting and behavioural problems. By age 50, victims of childhood bullying were less likely to be living with a partner or have good social support from friends and family than those who had never been bullied. They were also less likely to report being satisfied with their lives.

Interestingly, being bullied as a child was not related to alcohol problems in adulthood. The researchers speculated that this could be because alcohol problems often start in the teenage years and are often influenced by peer groups. Victims of bullying may not be as exposed to this given the difficulties they have faced with other young people of the same age.

Advantages and challenges of using longitudinal data to study bullying

Longitudinal studies have the added advantage of covering a wide range of different areas of life. Victims of bullying often suffer from other problems, and it can be very difficult to unpick the impact of bullying alone. In this example, the 1958 cohort data allowed the researchers to control for a huge range of related factors throughout the life course. Of course, it is always possible that there are other influences that have not been captured, but longitudinal data capture significantly more than most other data sources.

However, there are several limitations of longitudinal data that should be considered when studying bullying.

First, the parents of the 1958 cohort were not given a definition of what bullying was, so one parent’s idea of what constitutes bullying will have differed to another’s. More recent longitudinal studies have improved how bullying is captured, by asking parents and children about specific behaviours, for example ‘how often do other children at school call you names?’ More recent longitudinal studies have also included questions about whether the study members bully other children, and whether they are involved in bullying among their siblings.

In this example, the researchers compared the prevalence of bullying among the 1958 cohort to children today, and found little difference. This suggests that there has not been a significant shift in how people think about bullying.

Second, the 1958 cohort participants were asked at age 50 if they had experienced psychiatric problems in the past week, so those who have had problems in the past, but not in the previous week, would not be included. As a result, it is likely that the researchers’ findings are a conservative estimate of the effects of bullying on this aspect of mental health in mid-life.

It is often helpful to know the exact wording of questions in a longitudinal survey, which you can review using CLOSER Discovery.

“We need to move away from any perception that bullying is just an inevitable part of growing up. Teachers, parents and policymakers should be aware that what happens in the school playground can have long-term repercussions for children. Programmes to stop bullying are extremely important, but we also need to focus our efforts on early intervention to prevent potential problems persisting into adolescence and adulthood.”

It is clear from these findings that bullying is not just a part of growing up, but a significant disadvantage in childhood that can have life-long consequences. Policies and interventions should not only aim to prevent bullying, but should also aim to improve poor mental health among victims of bullying. This may help prevent problems persisting into adulthood. 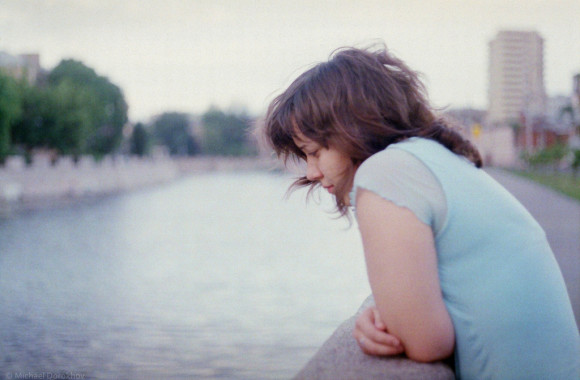 Children with special educational needs twice as likely to be bullied

Primary school pupils with special educational needs are twice as likely as other children to suffer from persistent bullying, according to findings from the Millennium Cohort Study. 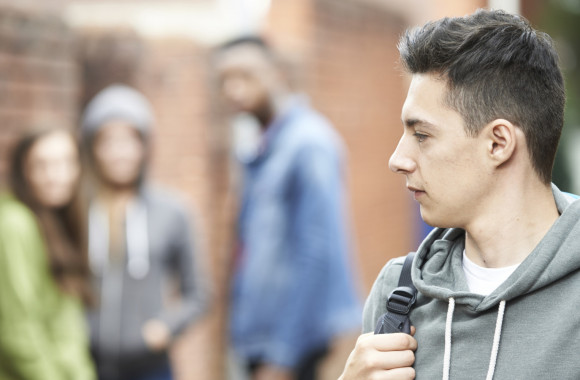 Victims of childhood bullying are more likely to be overweight or obese as adults and have a higher risk of developing heart disease, diabetes and other illnesses, according to findings from the 1958 National Child Development Study.