What influences pre-teens to drink alcohol?

What influences pre-teens to drink alcohol?

Regular heavy drinking in early adolescence has been linked to taking part in other risky behaviours and negative educational outcomes. Longitudinal research can provide valuable insight into the factors linked to alcohol consumption during adolescence.

Children whose mothers and peers drink alcohol are more likely to have already tried alcohol by the age of 11.

Researchers from UCL’s Department of Epidemiology and Public Health analysed data from the sweep of the Millennium Cohort Study that took place when cohort members were aged 11. They were interested in finding out what factors were associated with a greater propensity for respondents to have reported ever having tried an alcoholic drink. In addition to the public health concerns raised by binge drinking and persistent drinking in youth, it has also been recognised that adolescent drinking is associated with other risky behaviours. Whilst many previous studies had focused on alcohol consumption in mid and late teenage years, less is known about the factors that influence drinking initiation at the beginning of adolescence.

The Millennium Cohort Study (MCS) is following the lives of 19,517 children born across England, Scotland, Wales and Northern Ireland in 2000-01.

Drinking at age 11 was derived from the question on the Age 11 MCS survey asking cohort members “Have you ever had an alcoholic drink? That is more than a few sips?”

Overall, 13.6% of the sample reported having ever had an alcoholic drink.

Parents of cohort members were asked how frequently they consumed alcohol per week and how much alcohol they consumed on a typical occasion. On the basis of these responses a derived variable categorised mothers and fathers into three drinking habit groups: ‘None’, ‘Light/Moderate’ and ‘Heavy/Binge’; those for whom there were no data were categorised into a fourth group.

For friends’ drinking habits, cohort members were asked: “How many of your friends drink alcohol?”. Response categories were recoded: None of them as No; Some/Most/All of them as Yes; don’t know was retained as a separate category.

Having friends who drank was strongly associated with cohort member drinking.

Associated with reduced odds of cohort member drinking were: heightened perception of harm from 1–2 drinks daily, and negative expectancies towards alcohol. Associated with increased odds of cohort member drinking were: positive expectancies towards alcohol; not being supervised on weekends and weekdays; frequent battles of will; and not being happy with family.

Birth cohort studies provide an opportunity to understand risky behaviours such as drinking during young people’s development. Adolescence and pre-adolescence are times of dramatic change in young people’s lives. By using a multidisciplinary cohort study it is possible to include a range of contextual factors that may influence young people’s experiences and relationships.

Nonetheless, the analysis undertaken here uses data from only one wave of the study and is therefore, strictly speaking, cross-sectional in nature. The MCS, whilst rich in contextual information, variables on cohort member and friends' drinking, perceptions of harm and expectancies around drinking are only available from one wave of data collection. This means that the analysis focuses on correlations between pre-teen behaviours and their parents and friends drinking habits without being able to draw any causal inference.

Moreover, the data relies on young people’s self-report of alcohol consumption, which has been shown to be highly susceptible to response bias. The cohort members themselves also provide their estimates for their friends’ alcohol consumption and thus this too may be prone to under or over estimation.

It is well established that frequent heavy alcohol consumption is a major public health concern and understanding the factors and circumstances that influence pre-teens to start to drink alcohol is important in developing alcohol harm reduction strategies.

The findings of this analysis support developing policies working at multiple levels that incorporate family and peer factors. By supporting effective, targeted strategies, there is an opportunity to reduce the harmful behaviours associated with drinking alcohol, through intervention early in the life course. 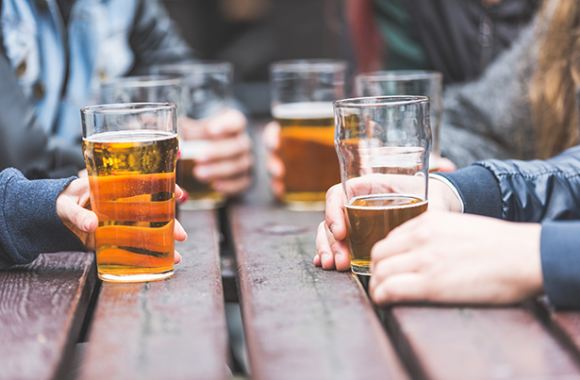 On alcohol consumption across the life-course and risk of cardiovascular disease: Lessons learned

Dara O’Neill, Steven Bell & Annie Britton discuss their longitudinal research looking at alcohol consumption over the lifecourse and the risk of CVD. 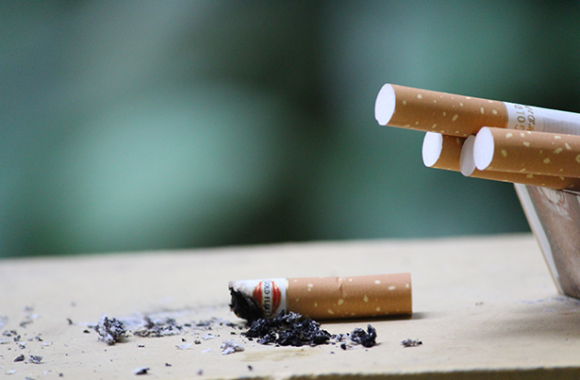 Eleven-year-olds who have tried cigarettes or alcohol show signs of switching off from school and are more likely to get into trouble, according to findings from the Millennium Cohort Study.