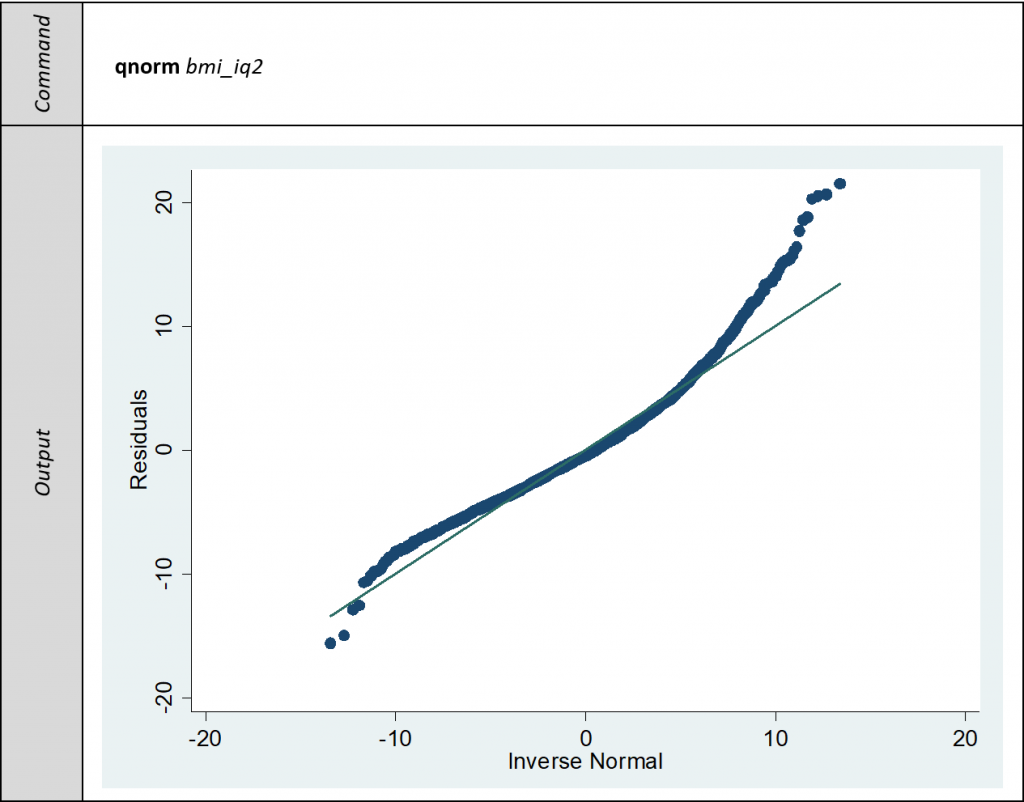 In the ‘swilk’ output, we can see that the test’s p-value is <.001 and therefore we can reject the null hypothesis that residuals in model are normally distributed. our general linear regression is not appropriate for valid testing. models categorising aria-describedby="tt" class="glossaryLink" data-cmtooltip="In analysis, the dependent variable is the variable you expect to change in response to different values of your independent (or predictor) variables. For example, a students’ test results may be (partially) explained by the number of hours spent on revision. In this case, the dependent variable is students’ test score, which you expect to be different according to the amount of time spent revising.">outcome variable BMI at age 42, into the top and or bottom tails may better reflect the distribution of the data. For example, the top of the distribution tail represents higher BMI, so transforming our continuous variable into a dichotomous variable (such as ‘obese’ versus ‘not obese’) would capture this feature of the distribution. Likewise, if we were interested in lower BMI, by transforming the bottom tail of the distribution into an ‘underweight’ versus ‘not underweight’ dichotomous variable, we would capture the opposite end of the distribution. 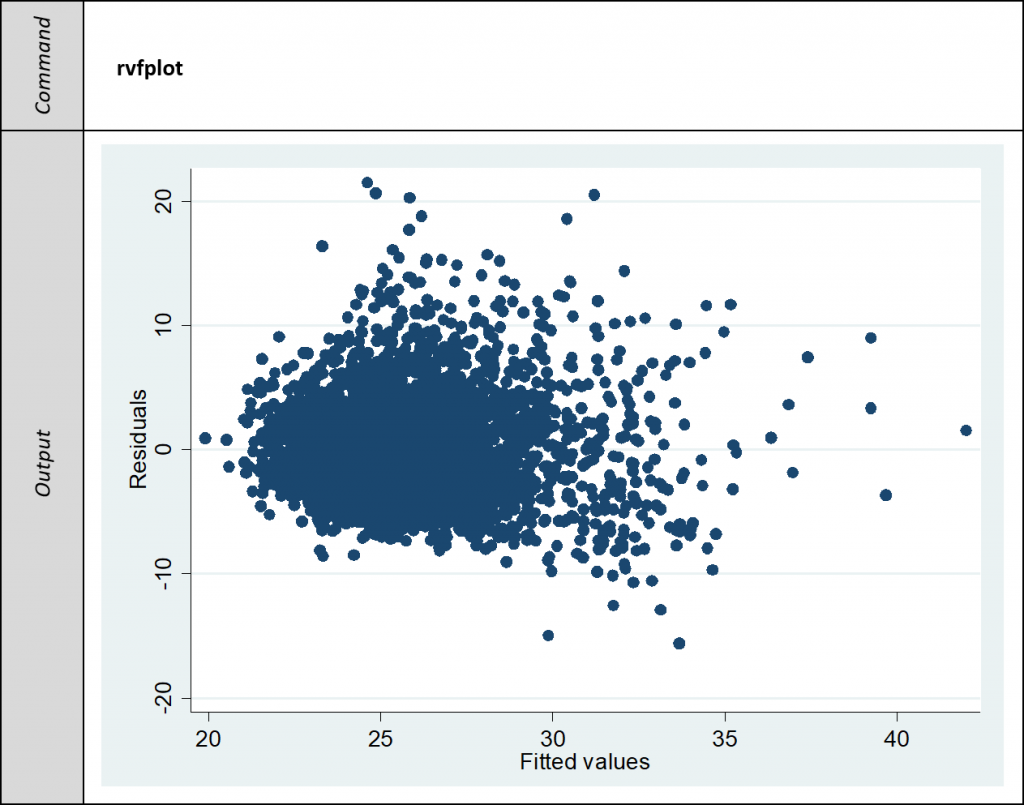