Testing the influence of a specific categorical variable

We can examine the overall effect of social class using the ‘test’ command. To specify which levels of the categorical n1171_2 social class variable we wish to compare to the reference category (‘I/II Prof & Managerial’), we include a prefix denoting the numeric code for each other category (e.g. ‘III Skilled non-manual’ is the second category so this is denoted as 2.n1171_2).

From the output of the ‘test’ command above, we can see that the overall effect of social class is statistically significant (p<.05>

The output above shows that the p-value is under <.05 threshold for inferring statistical significance and we can consequently say the coefficients these two categories are different.> 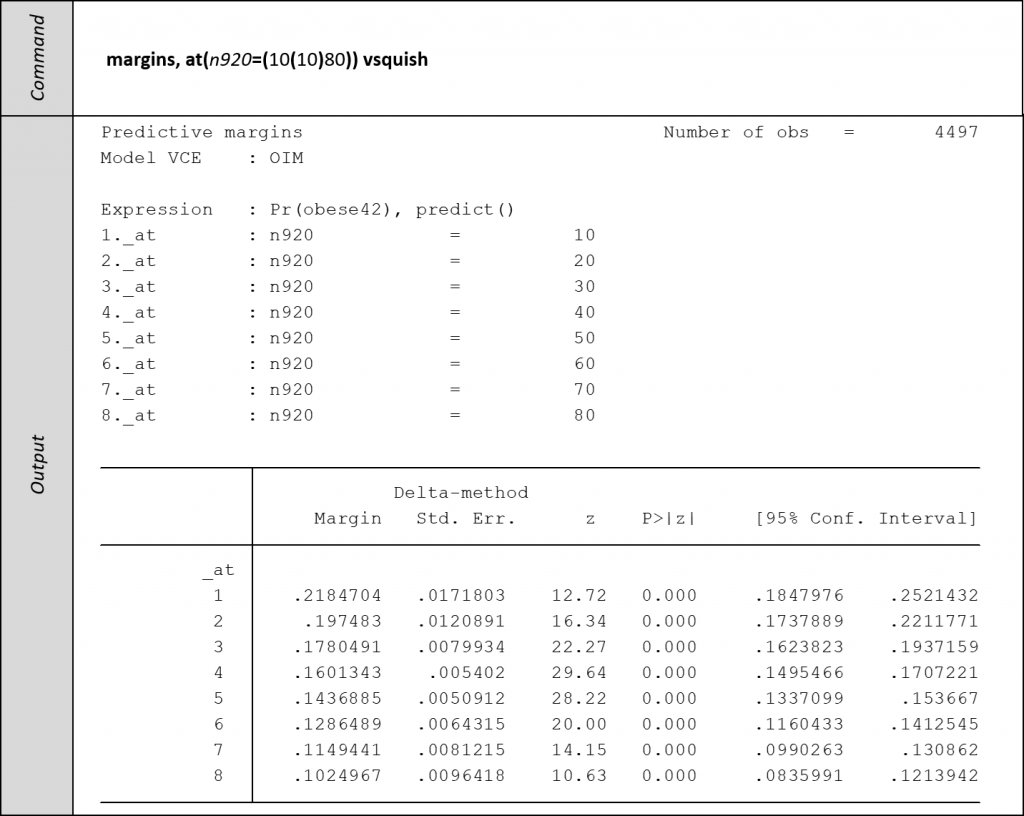 The first part of the output above tells us which row is associated with which general ability test score. Row 1 corresponds to a test score of 10, while row 8 is equal to a test score of 80. We can interpret from the table that as the test score at age 11 increases, the probability of obesity at age 42 is decreasing from 21.8% to 10.2%.

We can present the results as a graph by using the ‘marginsplot’ command, which plots both the predicted probabilities and their confidence intervals. 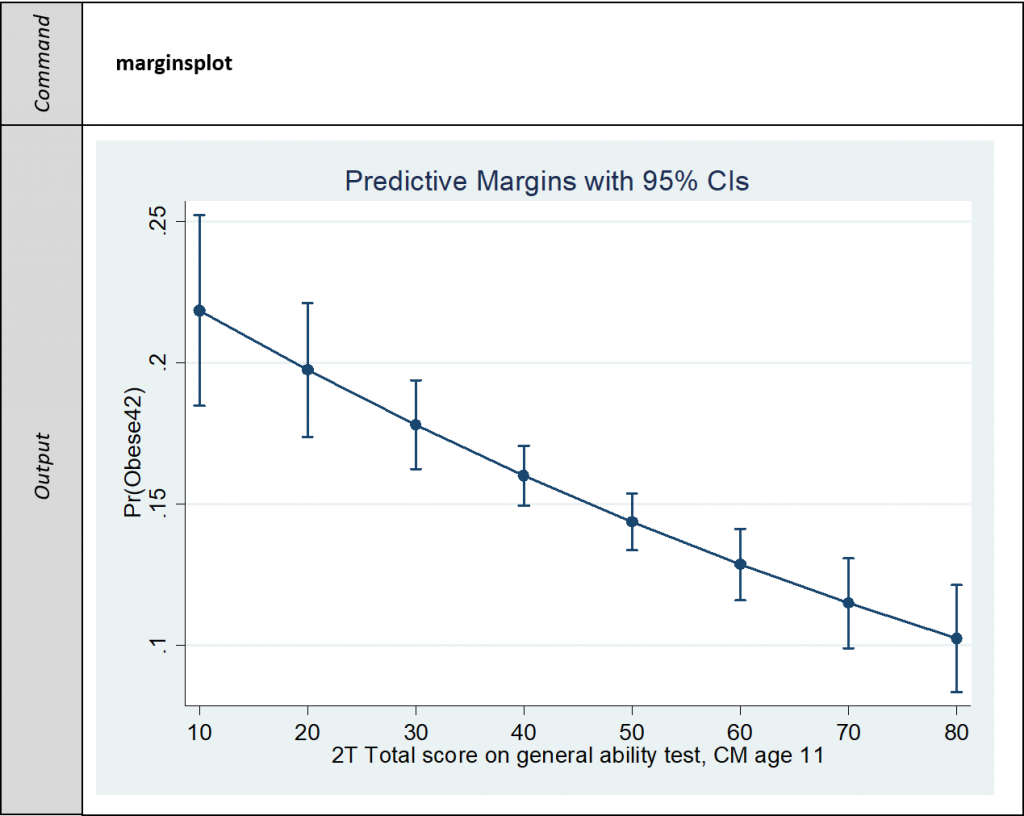